Master Sam F.S. Chin is the co-founder of the art, and the current gate keeper of the system.

He is the founder and President of Chin Family I Liq Chuan Association, as well as the creator of I Liq Chuan Grading System.

Master Sam Chin trained martial arts since childhood by his father – the founder of I Liq Chuan, Chin Lik Keong.  During the 1980’s, Master Sam Chin won numerous competitions, as well as the state heavy weight kickboxing championships of Selangor (Malaysia) in 1978. He was also recognized by the USA Wushu Kung-Fu Federation as a Hall of Fame Outstanding Master. 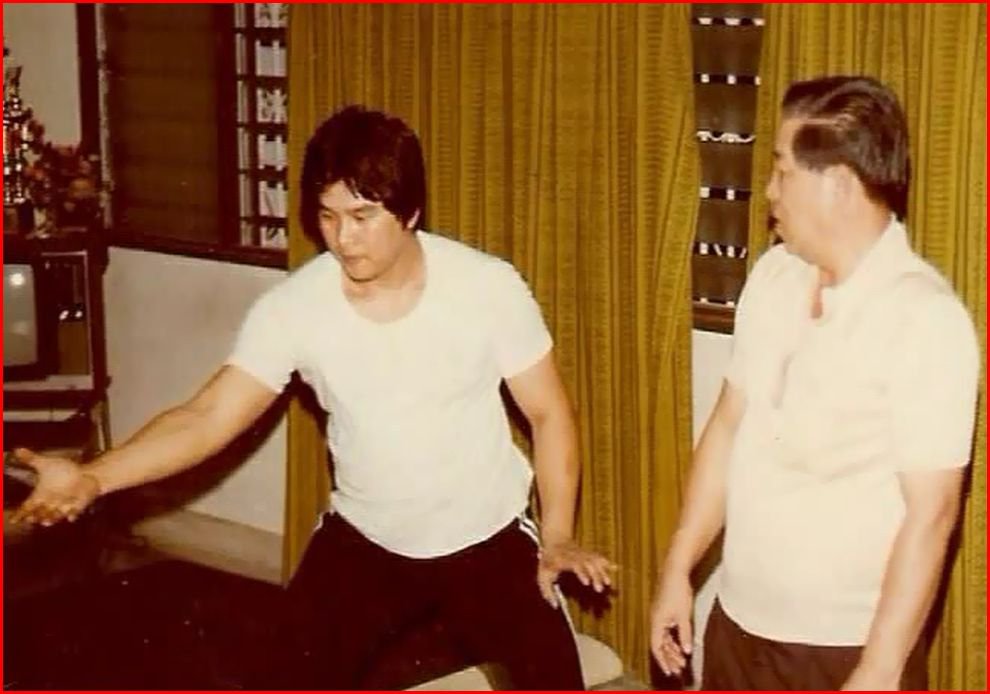 In August 2009, Master Sam F.S. Chin is officially named the Gate Keeper / Lineage Holder of the art by his father, founder of I Liq Chuan, Chin Lik Keong.

Beginning of I Liq Chuan Abroad

Master Chin and his family migrated to California from Malaysia in 1991. One year later, he was advised to come to the Chuang Yen Monastery in Carmel New York by one of his closest friend as well as I Liq Chuan brother – Ven. Ji Ru (继如法师), and decided to move to New York soon after.

There, he met a man by the name of Ruey Teng Chen from Taiwan who had deep understanding of Buddhist/Chan (Zen) philosophy. They frequently spent time discussing how similar the art of I Liq Chuan’s principles were to the concepts and philosophy of Chan (Zen).

In time, Ruey also created the I Liq Chuan Poem.

Not long after Master Chin started working at the monastery, he was asked to start a martial art class for the English Program.  He originally thought of teaching the standard 24 official form of Tai Chi Chuan, but realized that another Sifu was already teaching it. Under the suggestion and encouragement of Ruey, Master Sam Chin decided to teach his family art, I Liq Chuan.  He thought that I Liq Chuan would be a tool to better understand the principles of Chan (Zen) and vice versa.

Influences to Master Chin & Advancement of I Liq Chuan Concepts

In the ten years of working and teaching at the Chuang Yen Monastery, Master Sam Chin was profoundly influenced by many other individuals including Ven. Ji Ru, Ven. Shen-Ming, Ven. Achan Tong, and Ruey Teng Chen.

Master Sam Chin developed the ability to observe the vicissitudes of the mind and physical body, realizing back to simplicity and the base of origin.  With this penetrating clarity, he introduced Zen philosophy into his family art.

Master Sam Chin later spent several years structuring a system he could use as a teaching method to fully pass down the art emphasizing in awareness.
I Liq Chuan as it is taught today by Master Sam F.S. Chin, and his certified instructors worldwide is based on: 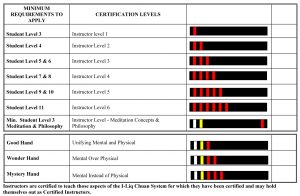 Master Sam needed a more systematic way to spread the art, and was motivated in writing a manuscript. With the advancement of I Liq Chuan concepts and philosophies, Master Chin could not teach the art the same way as in Malaysia.

There, students are only taught and work on what they lack to complete certain moves.  In a way, the art was personalized and students with different qualities would gasp different and perhaps limited parts of the art.  In this case, it would be difficult for students to fully understand the root of the art and experience the profound teachings I Liq Chuan has to offer today.

In order for Master Sam Chin to fully pass down the art to his students, he realized that student must not only know how to express it in action, they must also experience the whole art in all aspects and fully understand the core essence.

Due to this reason, Master Sam Chin constructed a Grading System and clearly laid out all materials including principles and concepts to guide students with their learning process at each level, hence making the art transparent to all.

He also formed the Chin Family I Liq Chuan Association to maintain the purity of the art.  This association is responsible for overseeing the I Liq Chuan Training Program and Grading Process.

Publication of “Martial Art of Awareness” 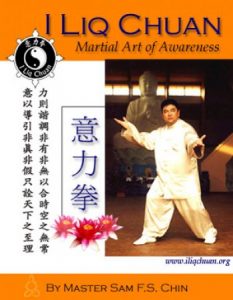 Originally, the book was written as a manuscript and was intended for students to use as a guideline to better understand the art.  However, due to the grand master’s aspiration to have the family art recorded, Master Sam Chin then used the opportunity to expand it into a book (I Liq Chuan – Martial Art of Awareness).

After nearly 10 years of working progress, the book was finally published in 2003.  As years go by, Master Sam Chin also published the System Guide, as well as the System Guide 2nd Edition for students to use as guideline in their practices.

The I Liq Chuan system as constructed by Master Sam Chin has been tested worldwide throughout the years and is judged by the improvement and feedback from the students.  Under the detailed and transparent Grading System, the Chin Family I Liq Chuan Association has certified numerous elite instructors.

Since the first class of I Liq Chuan taught at Chuang Yen Monastery with no more than 10 students in 1993, the art has now spread throughout the world with thousands of practitioners under the leadership and contribution of Master Sam F.S. Chin, as well as the devotion of his students, certified instructors and disciples.

On August 29th. 2009, at a celebration for his 80th birthday, the Grand Master, Chin Lik-Keong presented Master Sam F.S. Chin with a certificate officially proclaiming him the successor and the Holder of The First Lineage Leadership. This event was witnessed by many including students from throughout the world, the 1st President of the I Liq Chuan Association in Malaysia, President of the ILC Association at the time of the event, as well as family and friends of various Martial Arts committee.

Top right: Group photo of the passing of the Gatekeeper Ceremony. Bottom right: Certificate of succession,  Right: News report of the event highlighting the 80th birthday of the late GM Chin Lik Keong and the announcement of the 1st Lineage successor holder.

On November 15th, 2017 GM Sam Chin became an honorary professor at the University of Plovdiv, Bulgaria in recognition of his lifetime of achievement in spreading his family art of I Liq Chuan, along with his unique contribution of the Zhong Xin Dao curriculum and corresponding Academic Program which is now a part of “for credit” courses at multiple Universities.

More than a dozen foreign students from around the world, including instructors from the UK, US, Austria, Russia, the Ukraine and Belarus joined GM Chin in Plovdiv to witness and celebrate this momentous occasion.