Chin Lik Keong was a gifted martial artist, and was known for his unique skill. In 1968, another student of Lee Kam Chow, Kong Siew San, asked Chin Lik Keong to start teaching at his house. Kong Siew San invited a few more people, and the first group was formed. By the early 1970s, Chin Lik Keong’s ability to blend and distill martial techniques from different styles into fundamental principles earned him the respect of his peers and recognition as their Sifu.

When demonstrating skill, he would show how to handle the opponent’s energy or force rather than train a technique. Master Chin Lik Keong’s teaching became known as the “Masters’ Art” because of his ability to guide expert martial artists to higher levels of skill through his touch.

Through the years of training and contemplation, Master Chin Lik Keong realized and dissolved his skill into the fundamentals of movement according to the nature of the human body. He had developed and evolved beyond style.

Realizing an essence that was simultaneously all styles, while being no style; thus, something new. A new approach of refined movement based on sensitivity, attention, and the fundamentals of natural, balanced coordination.

He never meant to become the founder of a new system, but through his insight into the power of attention and knowing, and by making these fundamental principles the central idea of his teaching, his process inevitably developed into a new method, with its own unique set of principles, strategies, and tactics. “Don’t look at the move.” He would say, “Look for the principle behind the move.”

By 1973, what started in 1968 as a training group evolved into a small martial art school run out of Kong Siew San’s house and taught by, now Sifu, Chin Lik Keong. Around that time Kong Siew San brought Wong Choon Ching into the class, who quickly became a dedicated student and supporter of Sifu Chin Lik Keong. Wong Choon Ching was a headmaster of a local high school in Kuala Lumpur. He helped arrange to move the classes from Kong Siew San’s home to his school’s gym.

Wong Choon Ching understood the importance of formalizing the name of Chin Lik Keong’s teaching in order to clearly differentiate it from other styles that initially influenced Chin Lik Keong. Chin Lik Keong’s path to mastery was original, innovative, and his own. His students understood and appreciated this, thus, they supported their Sifu in transitioning to a formalization.

In the following years, various newspaper articles were published about Chin Lik Keong and I Liq Chuan, and several of his students competed in martial arts tournaments representing I Liq Chuan to further establish the new art.

In 1976, the I Liq Chuan Association of Malaysia was formed in order to further formalize the school and to accommodate the strict public assembly laws of the time. 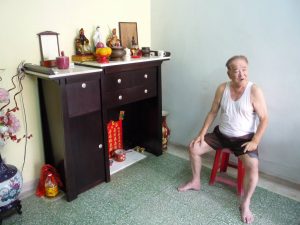 Later, Master Chin Lik Keong began to teach publicly, and continued to hold a morning class in the park throughout his life.

In 1991, his eldest son, Sam F.S. Chin, moved to the United States and began to teach I Liq Chuan at the Chuang Yen Monastery in Carmel, New York.

Grandmaster Chin Lik Keong visited the Monastery several times. During this time he collaborated with his son on developing The 21 Form, The Butterfly Form, and the foundation exercises.

After Sam F.S. Chin developed and formalized the I Liq Chuan curriculum, the art began to grow in popularity in the US and also reached several European and Eastern European countries. It was now Chin Lik Keong’s son, who’s legendary skill was attracting students from every corner of the Earth. Allowing students all over the world to appreciate and pay respect to the founder Grandmaster Chin Lik Keong. 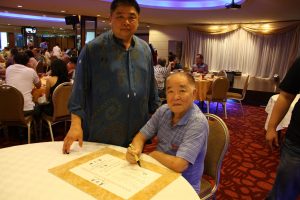 In 2009, Grandmaster Chin Lik Keong decided to pass down the lineage gatekeeping responsibility to his eldest son, but he did not stop teaching. His simple unassuming manner made people feel welcome at his home, and regular weekly classes were conducted in his living room as well as daily morning classes in the park.

Grandmaster Chin Lik Keong’s near mystical skill continued to inspire martial artists of all levels and styles to his very last day.

Grandmaster Chin Lik Keong peacefully passed away at the age of 84, on the exact day of his birth, July 7, 2014.

Every summer, I Liq Chuan students from all over the world came to Malaysia to visit their Grandmaster and train at his home. In 2014, they came to pay respects and say goodbye to the founder of their art. In his lifetime, he saw his art grow from a small group of four people to a flourishing international network of students dedicated to achieving the highest skill and passing down his art to future generations.