Lan Tran and Nancy Watterson, Co-directors of the ZXD Academic Approach, will make their 3rd appearance this November (2019) at the Association for Contemplative Mind in Higher Education (ACMHE) annual conference held at UMASS-Amherst.

This year is the 2nd cohort of the BALANCE Learning Community of 18 incoming first-year students who take Lan and Nancy’s 3-credit academic course, “Conflict and Cooperation,” in the fall. The Zhong Xin Dao / I Liq Chuan curriculum stands at the heart of this course, which is part seminar and part movement-lab. 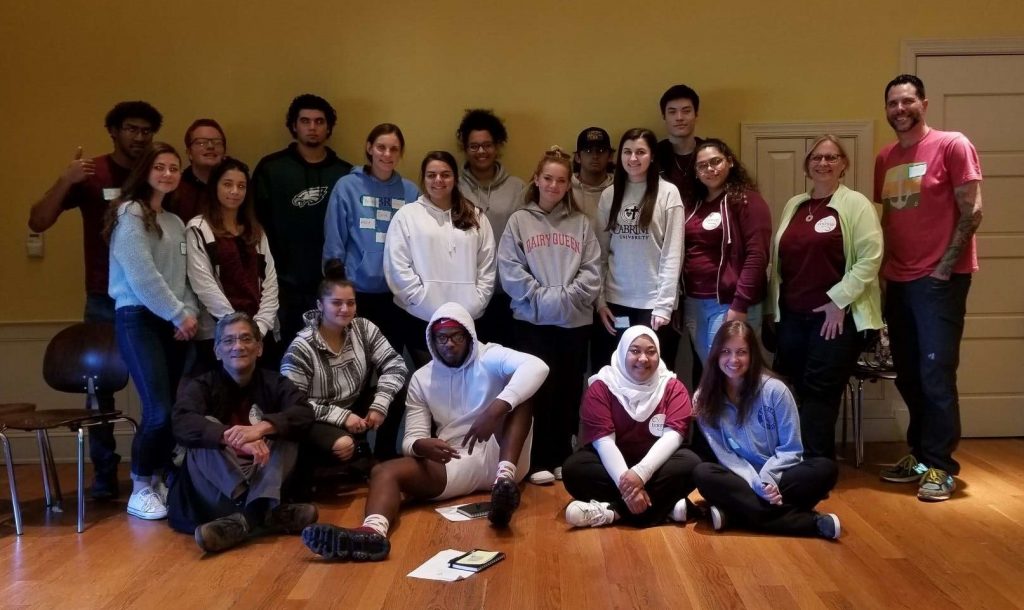 Lan and Nancy are also happy to announce that one of the newest students from their ZXD Philadelphia group, Henry Pitcairn (student level 1), who moved to Denver, Colorado end of August to go to college, is starting the official student organization: The Community College of Denver (CCD) ZXD ILC Club. While the organization will initially exist only as a CCD organization, students from two other nearby universities will be able to join as they all share a campus at Auraria: University of Colorado Denver (CU Denver) and Metropolitan State University (MSU). The club is also open to community members. 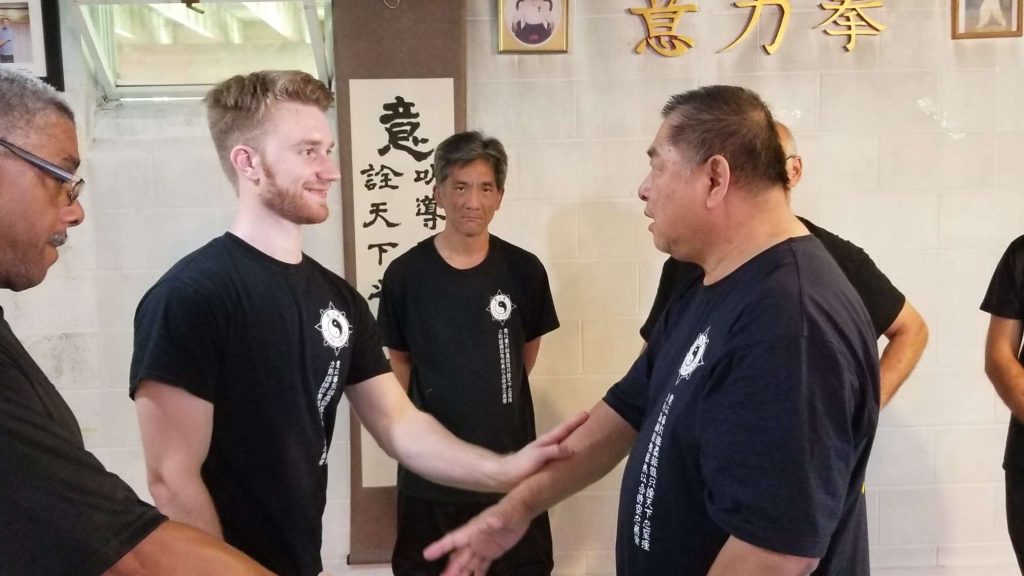 Even though he has only been in Denver a couple of months, Henry has made fast work of building on his enthusiasm for Zhong Xin Dao I Liq Chuan. He sought out ZXD instructor Ken Forsythe in Fort Collins, CO when his dad, Jeremy Pitcairn (student level 2) helped him move westward from Philadelphia, and Ken soon put him in touch with his ZXD student and new group leader in Denver, Eric Campbell (student level 3). Henry is enlisting the help of two fellow CCD student leaders, Dee Garcia and Mary Sawyer as well as economics professor Dr. Scott Brocket in the role of faculty adviser. We’re looking forward to Henry visiting the East Coast over the Thanksgiving holiday and training in Philly and NYC.

ZXD ILC Philadelphia, PA (USA)
Nancy Watterson and Lan Tran, in their role as Co-Directors of the ZXD Academic Approach, have been
busy in 2018 with various academic initiatives. Their proposal, “Stillness and Motion: Using Body
Mindfulness to Observe and Connect” has been accepted for the University of Pennsylvania’s
Ethnography in Education Research Forum (Feb. 2019 with Rich Kelly and Ezekiel Mathur assisting in the
presentation). In October, Nancy and Lan presented at another scholarly, peer-reviewed conference as
part of the Association for Contemplative Mind in Higher Education (ACMHE) Conference held at the
University of Massachussetts (Amherst).
On Cabrini University’s campus, Nancy and Lan piloted the inaugural cohort of the “Balance Learning
Community” for 18 first-year students enrolled in “Conflict & Cooperation,” a full-credit academic
course which revolves around Zhong Xin Dao; the course also fulfills the Values Core Curriculum
requirement for the University. Nancy and Lan received a small grant from the 1976 Foundation to
travel to the instructors’ retreat in Oregon, offered several on-campus ZXD mini-workshops to faculty
and staff across the disciplines, conducted an on-line session for graduate students in the Masters of
Education program, and gave short interviews for the campus radio station and student newspaper.
Beyond these academic endeavors, the Philly group traveled to Baltimore, MD for the Taiwan / US Tai
Chi Cultural Exchange in May (with Lan and Inari gave a demo), gained some new members and
welcomed returnees: Lan and Nancy became disciples of GM Sam Chin at the Fishkill Intensive (Feb.
2018), 4 members (Lan Tran, Nancy Watterson, Raj Singh and Ezekiel Mathur) graded for level 4 and
Ezekiel also joined them in completing his Instructor level 1; two students (Dwight Epps and Bruce
Tomascik) recently graded for student level 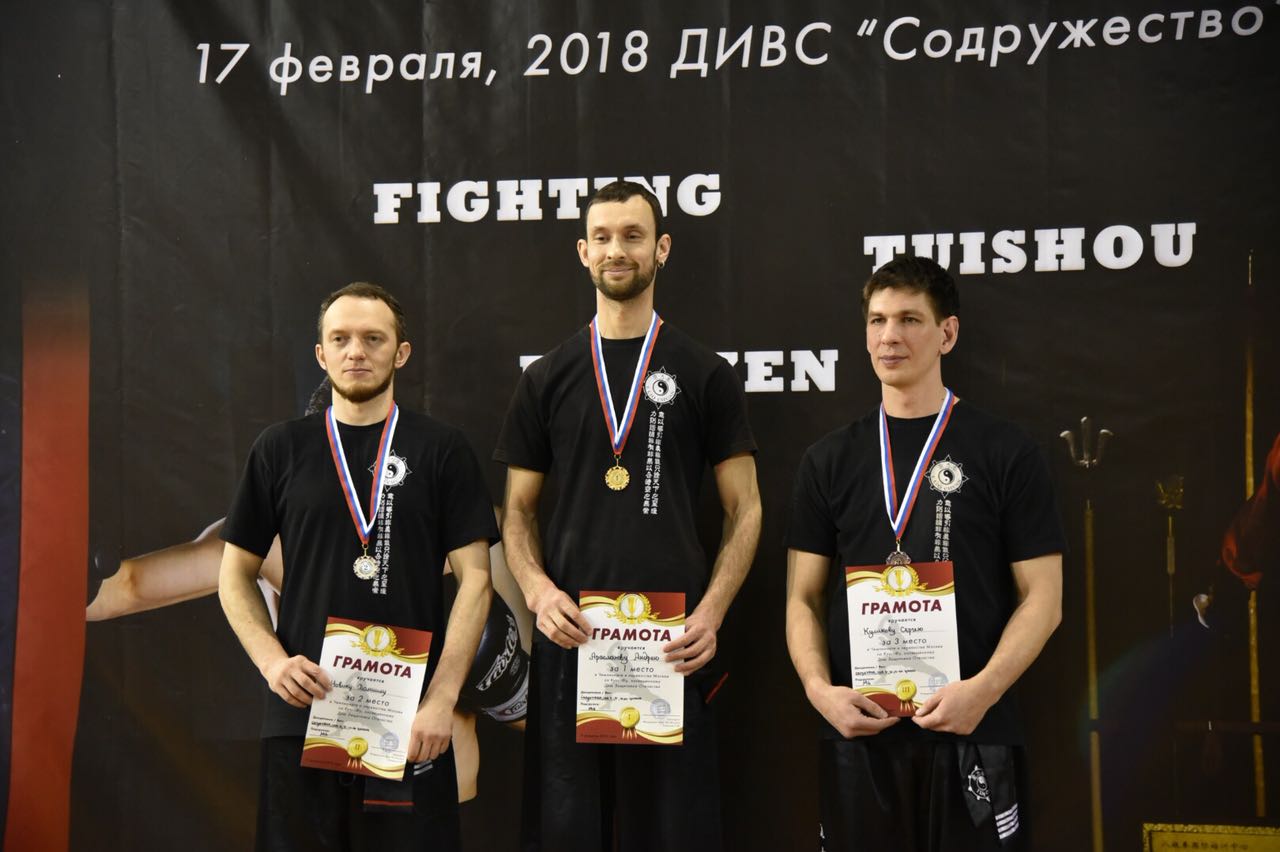 1) 10 Feb 2018 I did the exam for 2 children from my group (14 years old), they showed 3 dimension fajing and butterly iliqchuan form. Now they got 4th junior student level.

The results of ILC Team: 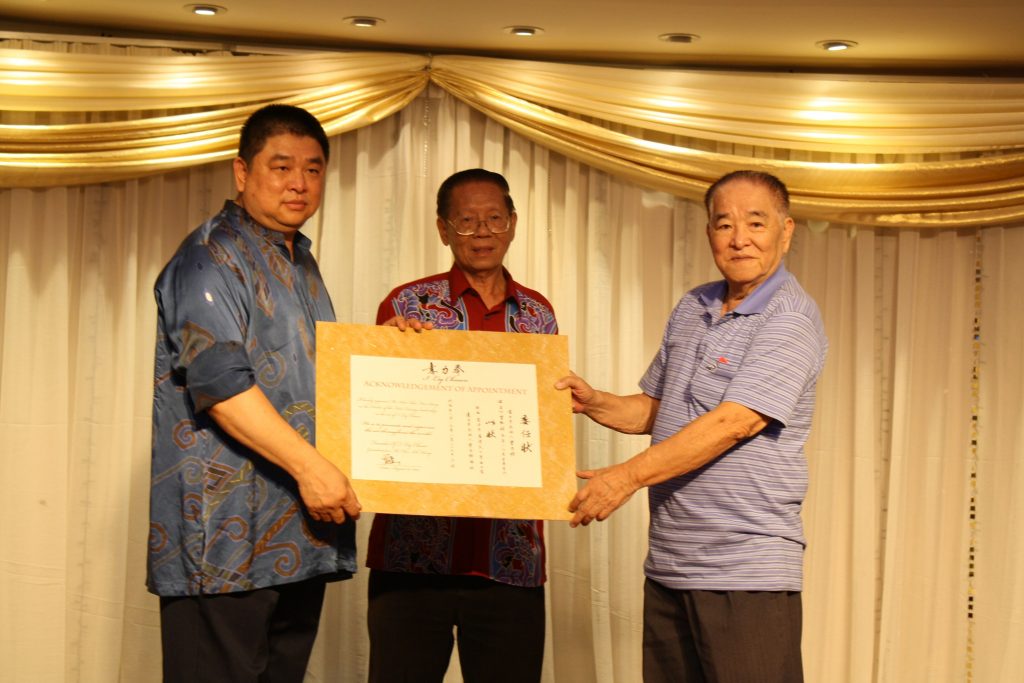 The ceremony was held during the same time as the founder’s annual birthday banquet at Malaysia, Kuala Lumpur. Everyone in attendance received an autographed copy of the newly published – 2nd edition I Liq Chuan System Guide.

In celebration, the founder also gave an one week intensive workshop.