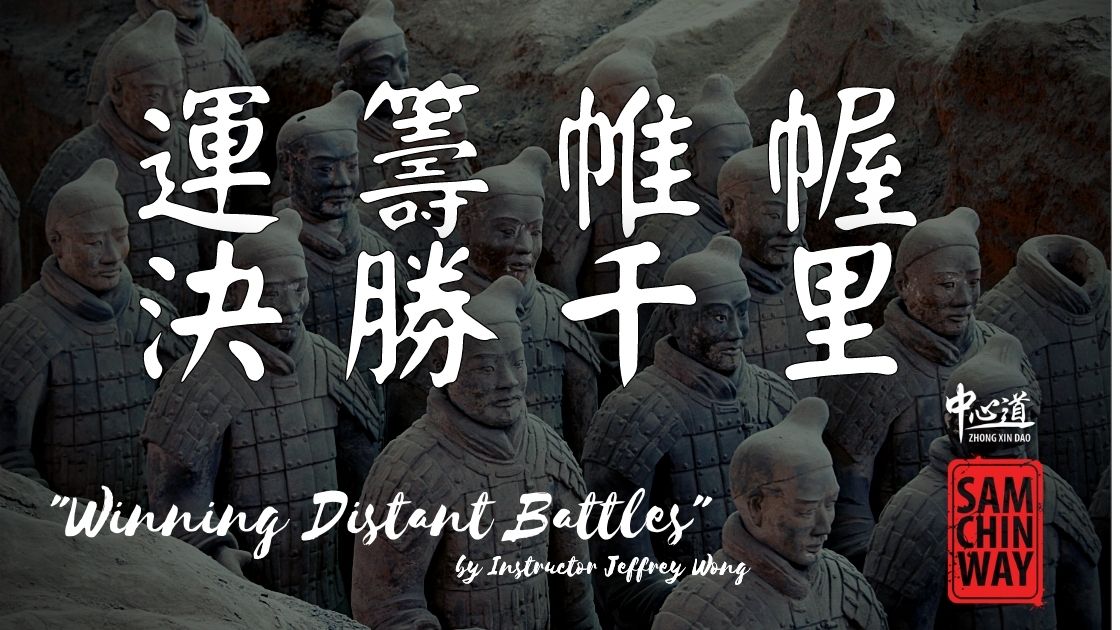 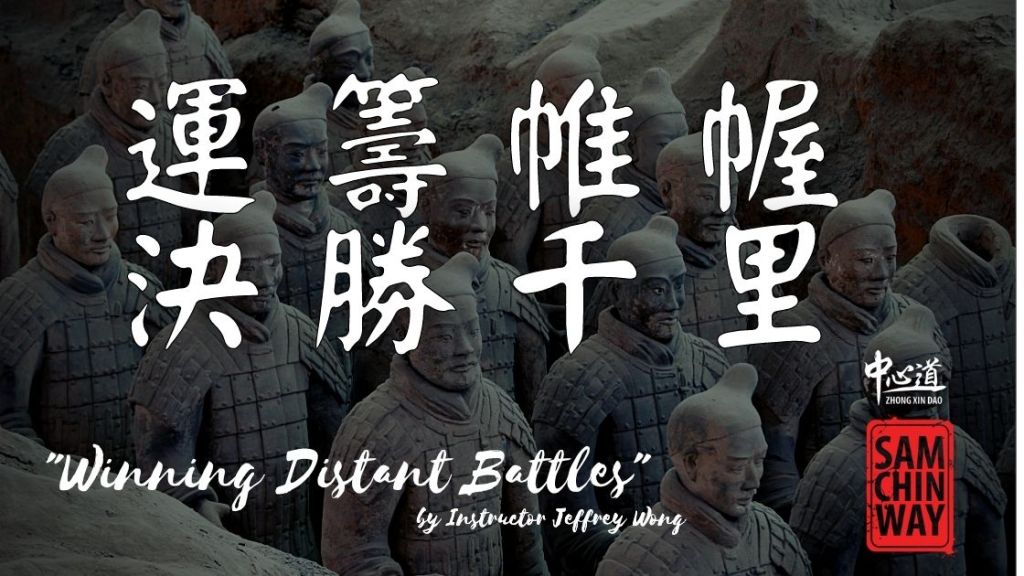 “Strategizing within a military tent, but deciding victories thousands of miles away.”

The origin of the phrase came from a book recording the history of Han Dynasty, described a time at around 180 B.C., a military advisor Zhang Liang, who was fighting for the force which later became the Han Dynasty, was able to create such an efficient command and report system, that he could sit in the middle of a tent, and control battles happening thousands of miles away, and manage all aspects of the war successfully.

Of course, it is now quite common for modern militaries to have advanced communication systems for remotely commanding battles, but for such ancient time two thousand years ago, it was an incredible feat.

The story is similar to what GM Sam Chin describes about a spider sitting in the center of a web, while sensing the vibration on the threads to tell it when/where to attack.
The wider your attention can span, the more things fall within your control.

Beginners in Zhong Xin Dao I Liq Chuan often lose focus and can not do the coordination needed from exercise to exercise in the 15 Basics because their attention cannot hold enough concentration points, but just be patient and keep training. We don’t learn to accumulate or build, we train to see more and sense wider, until we can unify ourselves and the opponent in one joint network… then the opponent becomes a delicious meal.