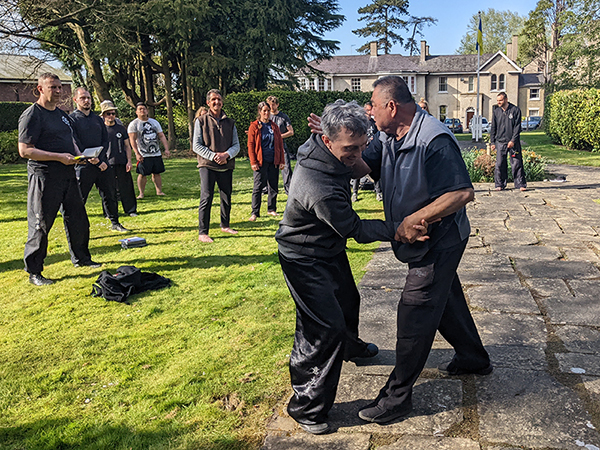 GM Sam Chin starts his 2022 Europe tour in U.K. with a week long retreat. Along side with his son Master Hsin Chin, they were joined by special guests Ven. Jiru. Master of meditation, Ven. Jiru is the abbot of the Mid-America Buddhist Association in St. Louis, and also a childhood friend of GM Sam Chin. They used to train I Liq Chuan together under the founder Chin Lik Keong in the late 1970s.

Integrating exercises for the mind and body, participants practiced meditation and daily Qigong as part of the program at this retreat, followed by intense Martial Art training of Zhong Xin Dao / I Liq Chuan.

Congratulations to everyone who passed their grading!