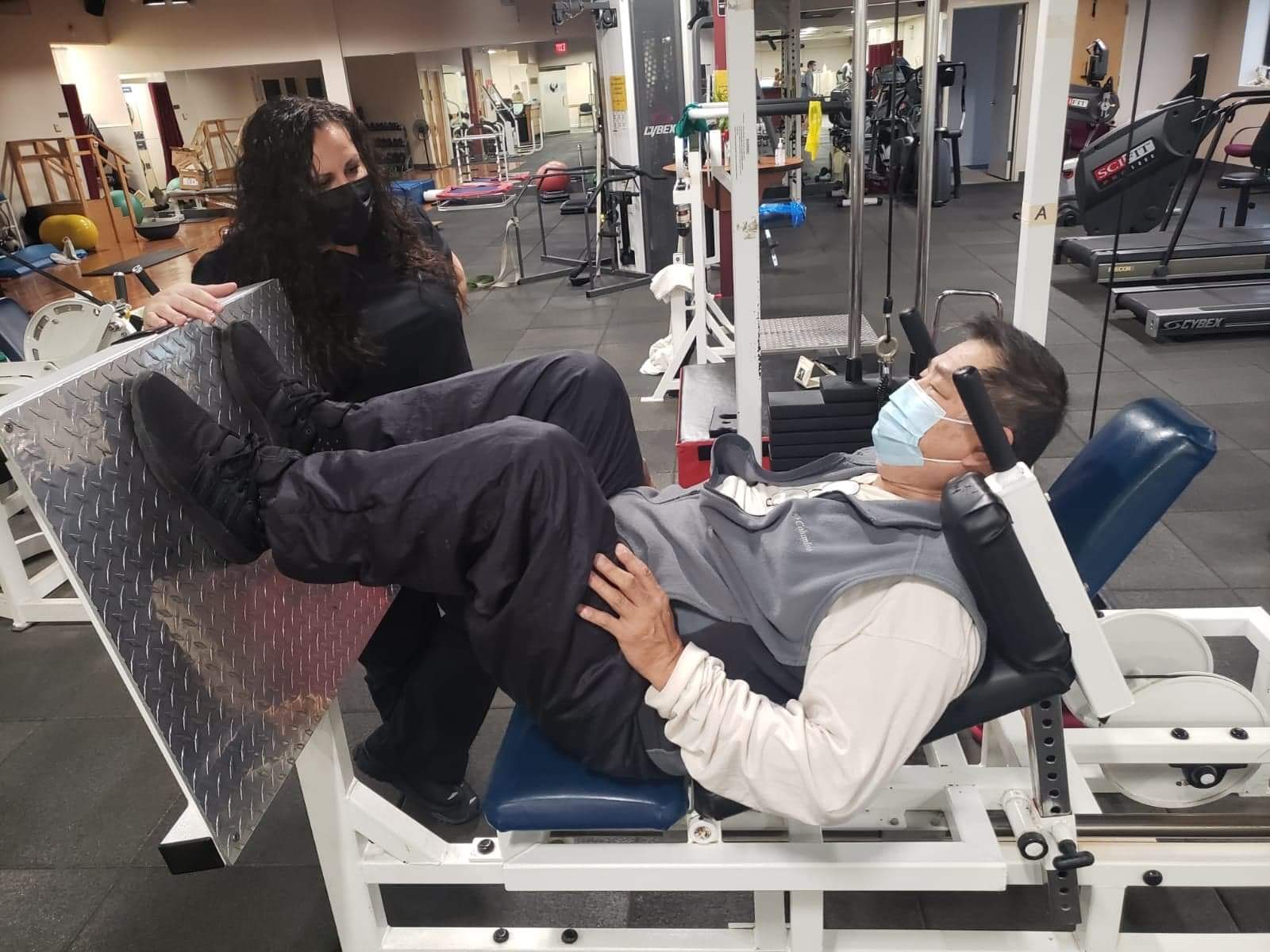 He finished two weeks of in-house therapy, now he has to go out for intense rehab at a nearby clinic twice a week.

His leg is already stable enough to walk up and down the stairs, and when walking on flat ground he doesn’t need to use a cane anymore!

He has already started spinning hands with youngest son Hsin and eldest daughter Yen Lee as part of his daily exercise.

GM Chin and family want to express their gratitude to everyone who has been involved in this process, from the students who helped research the best possible doctors and facilities for the procedure to the fellow martial arts masters with extensive backgrounds in physiology and therapeutic modalities who called with recommendations to help speed his recovery.

Thank you to all of you for your love and support.

The Zhong Xin Dao I Liq Chuan Grandmaster continues to guide students around the world despite not being able to travel due to the coronavirus epidemic, in the form of members only livestreams.

These sessions are not open to the public and will not be added to our “video on demand” subscription library.  Currently they can only be watched live by our student members, is your student membership up to date?

GM Sam Chin is featured in a full-length article by well know martial artists and author Alex Kozma in the May 2019 issue of the online journal “Martial Cultivation”.

“This month we have an in-depth report on the unique Zhong Xin Dao system of Grandmaster Sam Chin. His tireless efforts to pass his art on across the world have ensured that this school is one of the most popular amongst people serious about martial cultivation.”

If you would like to read the entire article, you can purchase the issue from Line of Intent Publishing here:

Due to a renewed lockdown, the Zhong Xin Dao I Liq Chuan Austria school is offering online training via Zoom again. Every Tuesday and Thursday from 7:00 p.m. to 8:00 p.m. participants from the german speaking countries have the opportunity to dive into the Martial Art of Awareness.

Beginning in September 2020, Zhong Xin Dao I Liq Chuan Austria started a kids class for the first time. Seven boys and three girls in the age of 6 to 8 years explore the philosophy and principles of the Martial Art of Awareness through basic exercises and games.

The new kids’ classes have so far been held outdoors to practice safely during the pandemic and respect social distancing policies.

“Since the beginning of the year, our group has a new hall for training in the center of Kiev. We’re conducting ILC training on daily basis, in group and individual formats. In particular, everyday morning and evening training are done.” 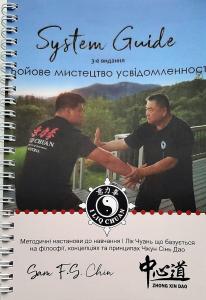 “In November the System Guide, 3rd edition was printed in the Ukrainian language, so our students have an opportunity to buy and read it.” 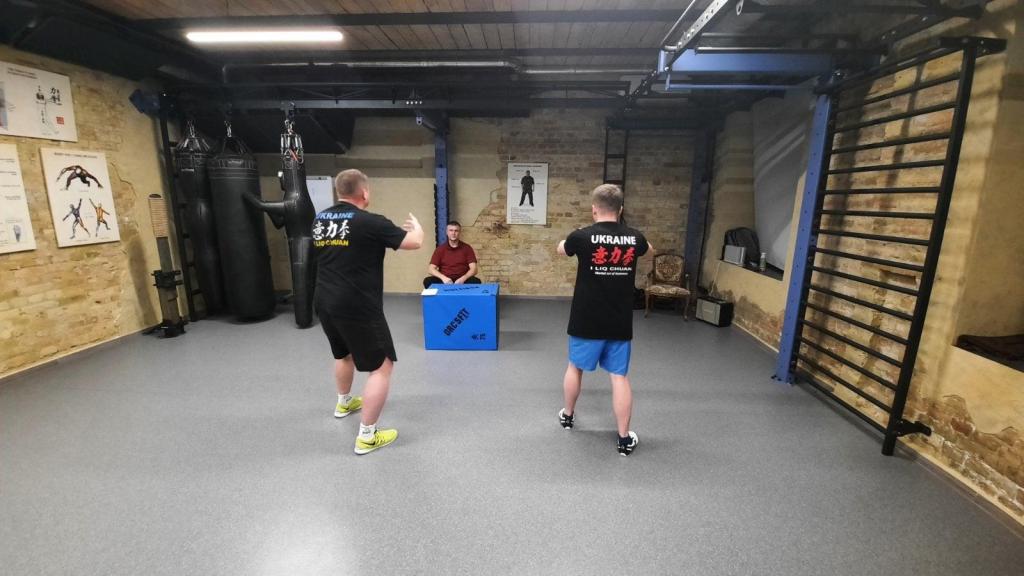 Congratulations to Arizona students Barry B, Jeremy T, and Angela CJ on their new student level (4 and 3 respectively). Barry, Jeremy and Angela train in the Phoenix Metro area with Instructor Ashe Higgs. 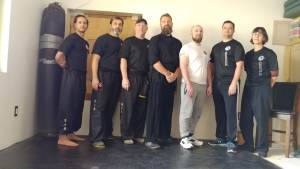 Instructor Gado began his I Liq Chuan training in London while living in the UK, under Instructor Eric Ling.

Upon returning to his native Kazakhstan, Gadilbeck continued his training under Chief Instructor of Russia, Alexander Skalozub, and began the first I Liq Chuan classes in the capital city of Atyrau.

Congrats to both Gado and Marta!

We are very pleased to see Zhong Xin Dao I Liq Chuan continue to grow and flourish around the world. 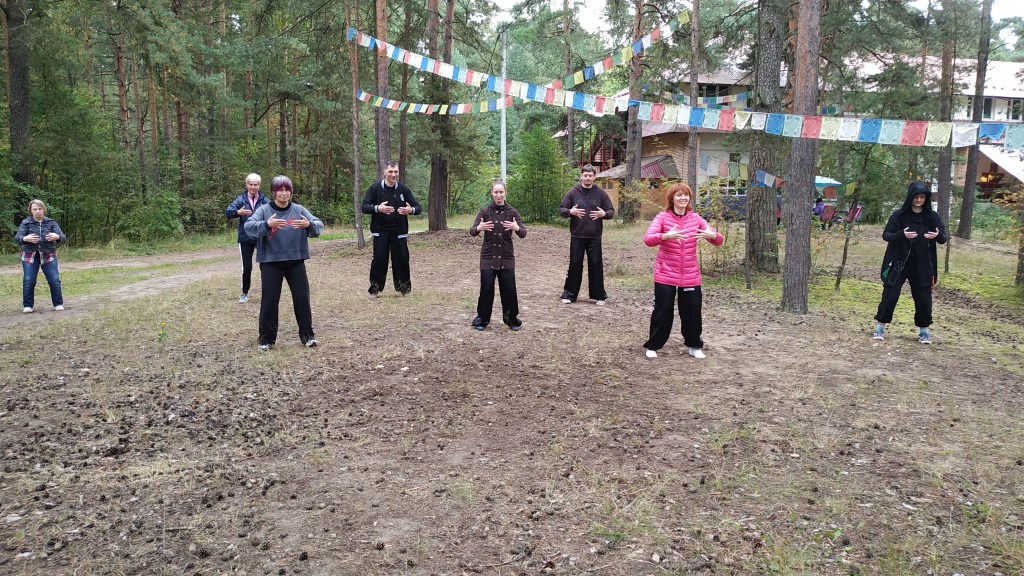 The next retreat will take place on January 23-24, 2021. It will be dedicated to three-dimension movement, changing in three planes, and the spinning force of coordination. Contacts: maryam1701@gmail.com

Special Moscow master-classes of Alex Skalozub and Daria Sergeeva will take place on January 8-10, 2021. It will be three days of training, each day different levels.

Space is limited to 10-12 pupils in the gym at one time due to the pandemic and social distancing guidelines. Later you can watch the video of classes off-line.